Effects of Music on Symptoms of Schizophrenia

Approximately 60% to 80% of patients with schizophrenia spectrum disorders experience auditory hallucinations, which have been linked to high levels of anxiety (75%) and severe depression (60%) in this population.1 In addition, auditory hallucinations are associated with an increased risk of harming oneself or others,2 and they have a negative effect on all aspects of daily life, including work, self-care, and relationships.1 Quality of life is also significantly impaired in these patients. 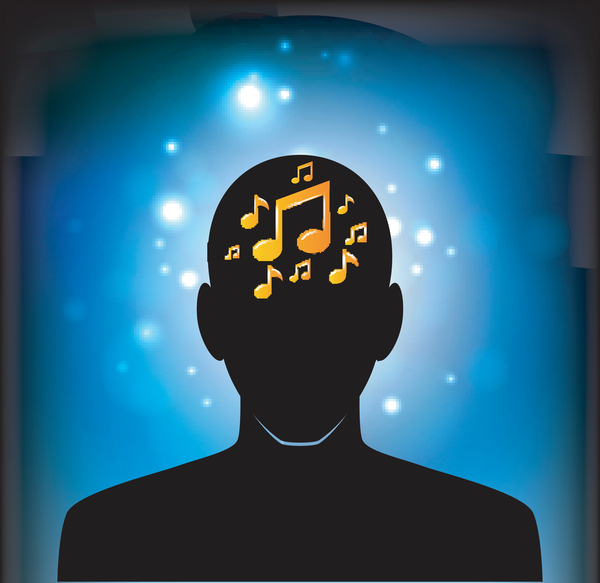 Auditory hallucinations persist in up to 50% of patients, despite their receiving pharmacological therapies, underscoring the need for additional interventions to address these symptoms.1 Several psychosocial techniques have demonstrated effectiveness in this regard, including music therapy, which has been associated with significant reductions in symptoms, such as hallucinations, in various studies.

In a randomized controlled trial published online in August 2018 in Issues in Mental Health Nursing, researchers investigated the effects of a music intervention on quality of life and symptoms in patients with schizophrenia and auditory hallucinations who were being treated at a Turkish hospital.1 Of the 28 patients (78.6% women) enrolled in the study, 14 were assigned to a music intervention based on the Rast tonality of Turkish music, which is said to affect the body “both physically and mentally, has effects on muscles, provides relaxation, and induces feelings of joy, peace, vitality, comfort, relief, and happiness,” and 14 were assigned to a nonmusic control group.

At discharge and follow-up, the results showed reduced scores on measures of hallucinations and positive formal thought, as well as total Single Assessment Process scores, in the experimental group compared with scores obtained during hospitalization. Six months after discharge, quality-of-life scores had improved in multiple domains. “In line with these results, listening to music may be recommended to cope with auditory hallucinations and to provide positive quality of life,” the researchers concluded.

A longitudinal study published in January 2018 in Frontiers in Neuroscience examined the effects of a classical music intervention on patients with schizophrenia (n=36), who were assigned to a 1-month Mozart music intervention group or a no-music group; both groups were receiving treatment with antipsychotic drugs.3 A control group consisted of 19 healthy individuals.

On the basis of functional magnetic resonance imaging and machine learning techniques, the results demonstrated that the music intervention was linked to increased functional connectivity in the dorsal anterior insula and posterior insula networks after 1 month, although the effects were not sustained at the 6-month follow-up.

“Together, these ﬁndings revealed that the insular cortex could potentially be an important region in music intervention for patients with schizophrenia, thus improving the patients’ psychiatric symptoms through normalizing the salience and sensorimotor networks,” the authors wrote.

Psychiatry Advisor checked in with study coauthor Cheng Luo, PhD, associate professor of neuroimaging and neuroengineering at the School of Life Science and Technology at the University of Electronic Science and Technology of China, for further discussion about his study results and the broader topic of employing music in the treatment of schizophrenia.

Psychiatry Advisor: Overall, what does the research suggest thus far about the therapeutic effects of music on patients with schizophrenia, and what are the proposed underlying mechanisms?

Dr Luo: In general, [the data suggest that] music may improve

In our study, we used noninvasive functional magnetic resonance imaging to investigate the effects of a classical music intervention in patients with schizophrenia and found that it normalized the functional connectivity of the insula. Dysfunction of the insula, which provides the basis for monitoring external environments and processing sensory information, may contribute to clinical symptoms in schizophrenia. Thus, the underlying mechanisms of the music intervention may be related to its normalizing effects on insular function in schizophrenia.

Psychiatry Advisor: What do your recent findings add to our understanding of the effects of music on patients with schizophrenia?

Dr Luo: Our results indicate that music interventions could improve the integration of primary sensorimotor information in patients with schizophrenia. If they have false processing of faces or voice information resulting from primary sensorimotor deficits, the higher-order system will relay inaccurate feedback and then lead to positive symptoms. Thus, the music intervention might help regulate the bottom-up processing of input, and thus improve the overall clinical symptoms in schizophrenia.

Psychiatry Advisor: What are the relevant treatment implications of these observations for clinicians?

Dr Luo: Music interventions may improve clinical symptoms in schizophrenia, especially for positive symptoms. Although these normalized effects were no longer sustained after 6 months, this represents a good option to improve the symptoms of schizophrenia, in addition to a stable drug treatment strategy.

Psychiatry Advisor: What should the next steps be in terms of research in this area?

Dr Luo: First, the intervention should be studied in additional patients with schizophrenia to determine its efficacy, and optimal treatment design should be established (for example, a 1-month music intervention with a 3-month break).